Showing posts from July, 2015
Show all

Wilson's Phalarope Biolab Rd It used to be that when I went to Merritt Island NWR, my sole destination was Blackpoint Wildlife Dr. Of course, that is by far the most popular part of the refuge, especially for visitors from out of town.  But the refuge actually has many wonderful locations for birding, hiking and otherwise enjoying nature.  Some are wildlife drives, and some allow you to get out of your car and walk a bit. I thought it would be good to offer a brief summary of the best locations on the refuge. You can consult my field reports as well for more information. Many of those that visit the refuge frequently know every nook and cranny of it, but there are about 9 locations on the refuge that are relatively easy to find with excellent birding opportunities. The above map is turned sidewise--north is to the left.  But you can see I-95 and the Max Brewer bridge over the inter-coastal waterway on SR-406 that takes you on to the refuge. Saltmarsh Sparrow Shiloh
Post a Comment
Read more 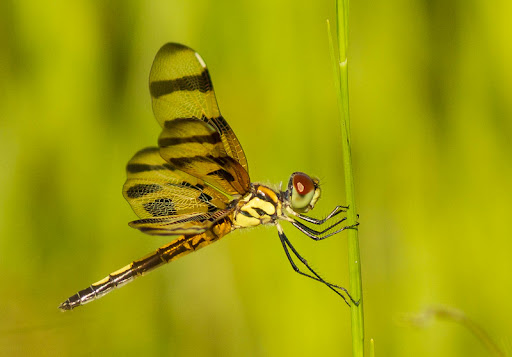 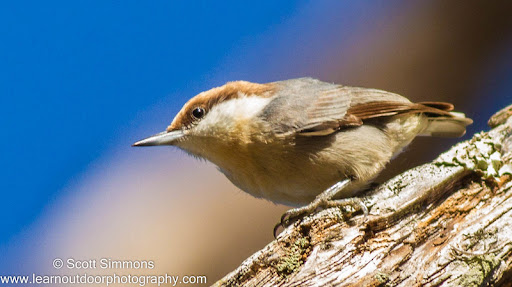 Brown-headed Nuthatch Wekiwa Springs State Park I first visited the park shortly after moving  here so our family could go swimming at the springs. At the time, I had no idea at the time that this would become one of my favorite birding locations in Orange County. Now when I visit this park, I feel like I'm seeing Central Florida as it once was, and that keeps me coming back for more. Wekiwa Springs State Park Trails and Kayaking There are over 13 miles of trails, and the western portion has some great trails for birding.  The western portion of the park has some great trails in Pine flatwoods and even some scrub habitat.  For this, I like to park at the Sand Lake parking lot and walk west and south towards the campgrounds. There are some wonderful place along these trails for some nice pine flatwood species. The eastern portion gives you access to the Wekiva River, which is one of the two “National Wild & Scenic Rivers” in Florida.  During the summer months,
Post a Comment
Read more 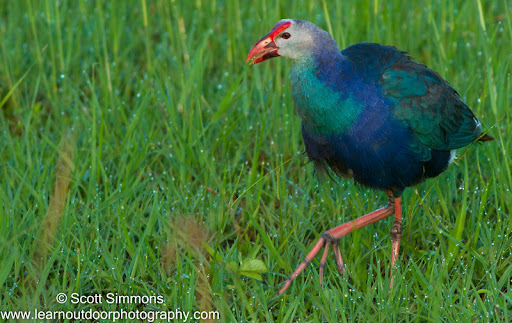 Purple Swamphen I spent the night last night in Boynton Beach, and I left for home early this morning. However, I just had to check out Wakodatchee Wetlands, so I left about an hour early to drop by the park.  My target bird was Purple Swamphen, and it did not take too long to find them.  Purple Swamphens are not native to the U.S.  They are an Eurasian bird that has become established in South Florida since some escaped into the wild back in the 1990's.  At least one has been reported in Brevard County, but most remain farther south.  These birds are now considered countable by the ABA as of 2013. Purple Swamphen Aside from that, I was impressed with the wetlands.  It's truly beautiful, and I loved the boardwalk much more than a wildlife drive.  There were many herons, egrets, cormorants and anhingas breeding within the wetlands, but the highlights for me were a Cattle Egret striking a nice pose and an adult Tricolored Heron feeding a young one. Here's my eBird
Post a Comment
Location: Wakodahatchee Wetlands Public Entrance, 13026 Jog Rd, Delray Beach, FL 33484
Read more 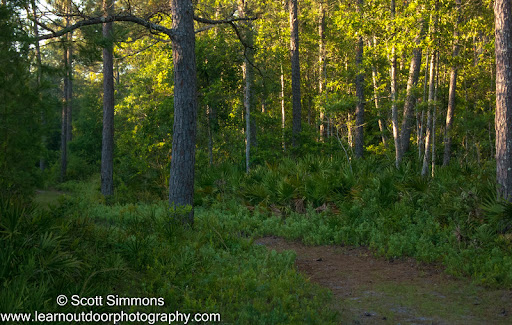 Markham Rd Trailhead There's a little-known trail on Markham Rd.  It shares a parking area with the Cross-Seminole Trail. I've never walked that trail because it's paved.  However, there are also unpaved trails here. I've been told that this property is a part of the Wekiwa Springs State Park, but I haven't been able to verify that. It's a pretty enough park.  Honestly, if I'm going to drive to the area, I'm more likely to head a little farther to the Lower Wekiva River Preserve, so for the most part I go here for my volunteer work with the Florida Breeding Bird Atlas. Carolina Chickadee Brown-headed Nuthatch Markham Tract, Wekiwa Springs State Park Trails I haven't been able to find a trail map of this location. It looks like I might need to make my own, so to speak, the next time I go. That is, I can certainly use My Tracks while walking the trails, and then show you the trails that I've walked.  I tend to walk south towards a
Post a Comment
Read more 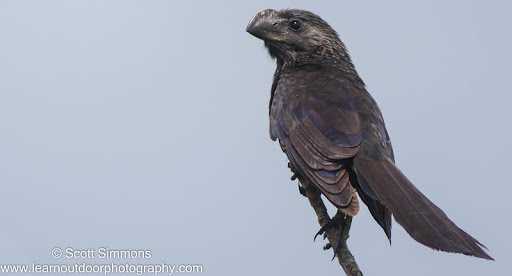 Smooth-billed Ani Our family drove to Boynton Beach yesterday for a wedding this morning, so I took a couple hours and went to the Loxahatchee National Wildlife Refuge. What a wonderful place! I'd been here once before 3 years ago.  My main target was a pair of Smooth-billed Ani that have been seen here for over a month.  They didn't take too long to find.  They're such a pretty bird. Snail Kite Other highlights from the morning were my first of the year Snail Kite.  It looked like there was a family of 4 near the entrance, and my first ever Ruddy Daggerwing Butterfly.  Here's my eBird checklist for the morning. Ruddy Daggerwing Okay, I can't resist. Here are some more photos of the Smooth-billed Ani. Even though the bird was farther away with these photos, I just like the green background better. Smooth-billed Ani Smooth-billed Ani
Post a Comment
Read more 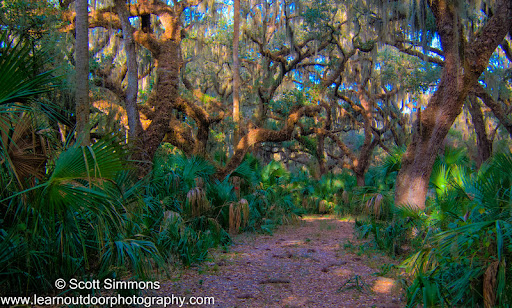 A couple days ago I upgraded my ProShow Gold software from Photodex. I've fallen out of use with this wonderful product, but my son needed to do a slideshow, so I upgraded my software. I figured since I spent the $45 on the upgrade, I should use it myself, right? So I put together about 40 photos from Marl Bed Flats , one of my favorite birding locations, and put together a slideshow. Trail to the Flats ProShow Gold is making it easier and easier to make slideshows look really nice. I used a wizard to collect and arrange my photos and choose music (you can now use royalty free music provided by Photodex, a nice touch). Then I modified some of the themes to suit my needs and used three of them throughout the slideshow. After getting them set the way I want, it was was a very quick process. I then exported it to my smugmug site. The fact that Photodex now supports uploading to SmugMug was a big reason for me deciding to upgrade. There is a lot more that can be done wit
Post a Comment
Read more 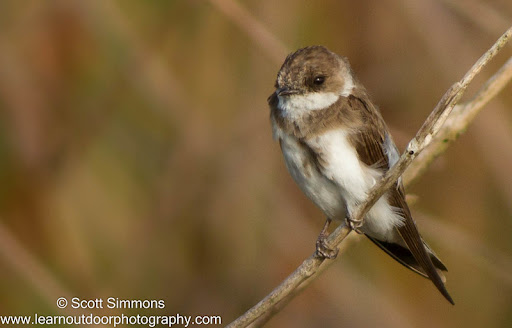 Bank Swallow The Lake Apopka North Shore Restoration Area arguably boasts the best inland birding in the State of Florida.  But until recently most of the area has been closed to the general public most of the year. During the annual Christmas Bird Count, birders are granted access to the restoration area, but most of the area has been off limits for most of the year.  However, earlier this year God smiled up on the lowly birders of Central Florida and opened up a Wildlife Drive that takes you through the heart of the restoration area.  This has opened up a huge area for birders and wildlife enthusiasts to visit during the weekends (and national holidays).  The drive is 11 miles long, and I normally take about 4 hours to get through from one end to the other. Northern Rough-winged Swallow So this morning my father and I arrived around 6:15 am and took our time making our way through the drive until we left around 10:30 am. We saw a Great Horned Owl on a tall post near the e
4 comments
Read more 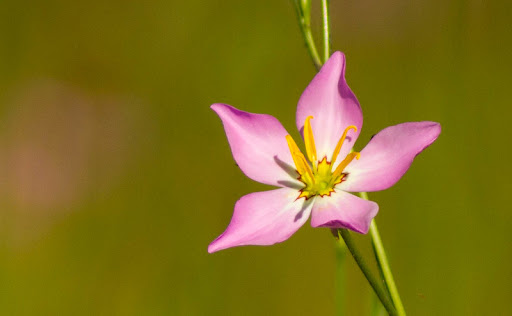 Rose of Plymouth Brumley Rd Trailhead The Little Big Econ State forest is a fairly large stretch of forest with many trailheads that allow you to see quite a variety of habitats and a diversity of wildlife that I have just recently come to appreciate.  These locations have some of the best birding within Seminole County. Thanks to the wonder of eBird "patches," I can tell you that so far I've seen 145 bird species among these trails and parks, though I've only given much attention to them this year. I've divided my treatment of the SF into two headings: west and east.  As you can see in the map below, there are two main sections of the SF connected by a thin strip along the northern shore of the Econ River. Click Image for PDF view I've visited four trailheads in the state forest.  Snowhill Rd bisects the two main areas. West of Snowhill Rd are the Barr St and Jones East (mountain bike) trailheads, as well as an equestrian trailhead I've not tr
Post a Comment
Read more
More posts